With their smooth long bodies and cinched-in waist, the legs of the wasp are much longer than the average bee. Even though wasps are not high-volume pollinators, they are useful as natural pest control. Wasps typically will make a meal of other insects for their larvae, thus controlling the populations of such insects as caterpillars and grubs. By paralyzing its prey, wasps will bring the stunned insect into the nest itself. Certain wasps will paralyze the host to lay eggs inside it. Some social wasps, such as yellow jackets, will scavenge for dead insects to feed their young.

Although the role of a wasp is beneficial to our society, the nuisance of their nests and dangerous sting from the Vespid family of wasp, make them undesirable to live amongst. Vespid wasps include yellow jackets, hornets and paper wasps-all of which hold their wings lengthwise to their bodies. Mostly active in warmer weather, the wasp dwells in a papery nest or sometimes in ground nests which are more difficult to detect. 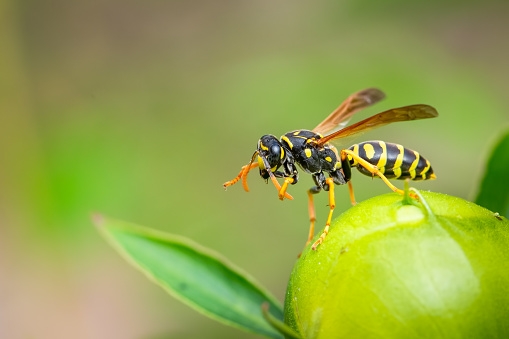 Pest Control in Vancouver, WA for Residential and Commercial Properties. Safe for Families, Pets, and The Environment. We can Exterminate Ants, Moles, Rats, Mice, and More.

This site is protected by reCAPTCHA and the GooglePrivacy Policyand Terms of Service apply.